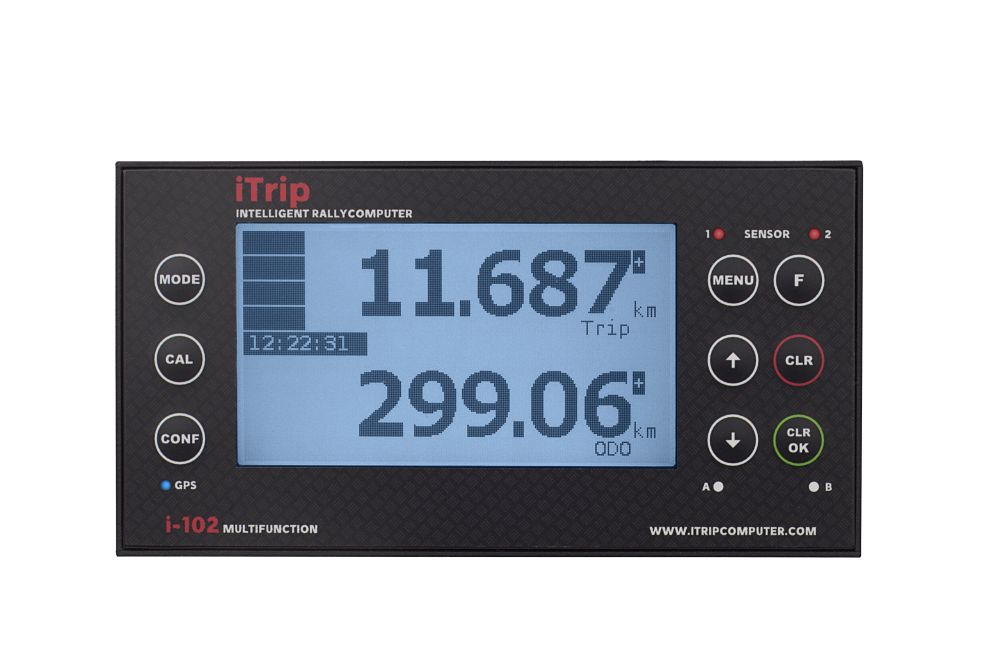 The tripmeter has two independent inputs to connect road sensors of any design.

To ensure the precision of measurements, inputs can work in different configurations:

When you use two sensors, you can also set a tripmeter to calculate the route from:

Built-in GPS module
The tripmeter can include an ultrafast GPS module, which is responsible for enhancing the measurings of the road or is completely in charge of the measurings, removing the need for using sensors completely.
The decision to work only basing on the GPS module can be made by the participant, and they can choose not to install the speed sensors during the initial assembly. The decision might also be forced, for example by the malfunction of the speed sensors and the necessity to finish the competition using only the GPS.
If not powered, the GPS module remains on standby, powered by a battery built into the tripmeter, and after regaining power updates the data in less than 1 second. The module uses data from many systems of satellites so that the data is as accurate as possible.
When using the measurement with only data from the GPS system, there is no need to calibrate the odometer, but it is possible if the organizer's data significantly depart from the "real" kilometer.
Continuous control of speed sensors

All iTrip tripmeters have a special warning system for a total failure of the speed sensor or for emerging problems with the stability of the speed signal.

Each sensor is matched by a two-color LED on the front panel. It signals the work of sensors and their activity. Visible signaling that there is no speed signal while driving the vehicle indicates problems with its operation or errors in matching the sensor type to the tripmeter.

Sensor control is carried out continuously.

The tripmeter can be attached to any type of vehicle. It has built-in up to 8 fixing points with an M4 thread, which guarantee that during the trip the tripmeter will be fixed to the vehicle.

There is also the possibility of installing the tripmeter through dedicated brackets or by means of an industrial adhesive velcro.